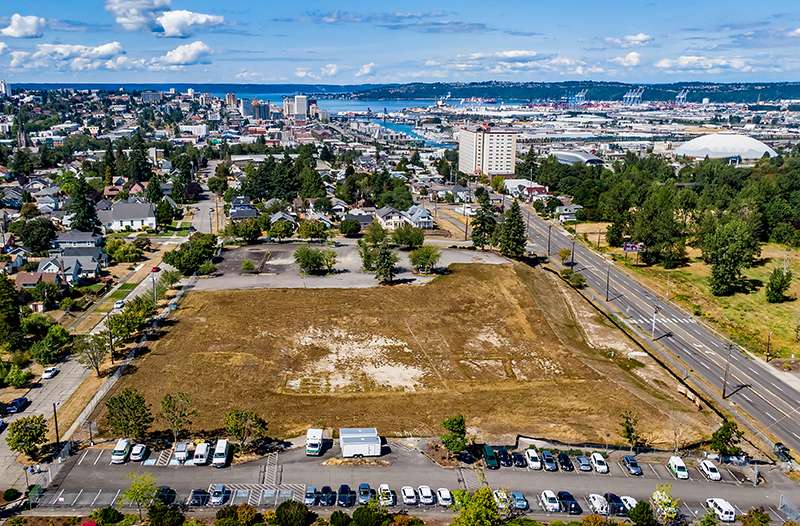 Leaders from South Sound 911 broke ground for the agency’s new facility today ceremoniously beginning construction of the region’s new public safety communications center (PSCC) in Tacoma. When complete, the PSCC will house local 911 and police and fire emergency dispatch, as well as all of South Sound 911’s operations and administration. South Sound 911 serves all 38 local police and fire agencies in Pierce County.

Originally estimated to cost $65 million to construct, the PSCC is now under budget at $59 million. The project is funded by the issuance of limited tax general obligation bonds, as decreed in Pierce County Ordinance No. 2019-46.

Today’s groundbreaking ceremony was attended by members of the South Sound 911 Board of Directors, as well as police and fire chiefs, elected officials, employees, and neighbors.

“As we stand here today, shovels in hand and a supportive community beside us, I’m reminded that this milestone is not just about a building, it is — and always has been — about public safety,” South Sound 911 Executive Director Andrew Neiditz said. “The community supported this important work, this building and this agency from the beginning and its support continues, as witnessed today.”

When Pierce County residents voted in support of Proposition 1 in November 2011, South Sound 911 was created to unite six separate 911 centers. To accommodate the integration, the proposition included the construction of a new emergency communications center. The agency officially formed in 2012 and work toward the new facility began in 2013.

The PSCC’s site — 3580 Pacific Ave. in Tacoma — once was home to the old Puget Sound Hospital. The deteriorating hospital buildings were demolished in 2017 in preparation for the new South Sound 911 facility.

After a number of years of planning and preparation, the PSCC is expected to be complete in approximately 18 months.

Designed by CallisonRTKL, the PSCC will be constructed by Kassel & Associates, Inc.

For more information about the project and the years of work leading to this milestone, visit southsound911.org/pscc.