Persons with disabilities needing a reasonable accommodation for any of these public meetings should call 253-287-4900 or email info@southsound911.org. 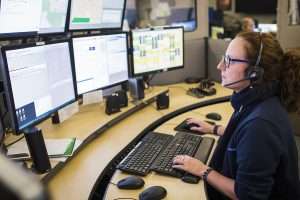 When Pierce County citizens voted in support of public safety in November 2011, South Sound 911 was created as a part of the consolidation or collocation of six 911 centers. To accommodate this integration, a new public safety communications center will be constructed in the coming years.

A facility planning study completed in 2013 helped lead both the Operations Board and Policy Board to approve a plan for collocated police and fire emergency communications on one site. The facility will include space for 911 and police and fire dispatch, a municipal emergency operations center (EOC), administration, records and public counter services. The site will also accommodate generators, fuel and water tanks, a radio tower for the transmission of public safety radio communications, and adequate employee and visitor parking.

Original space estimates included approximately 55,000 sq. ft. for the emergency communications and EOC and approximately 25,000 sq. ft. for  administrative use. The facility will incorporate multi-use concepts for common space, meeting space, and public space. The facility will cost $59 million (under budget from the original $65 million estimate).

This approach calls for a stand-alone backup facility in the event South Sound 911 is unable to operate in the primary communications center due to a natural or other disaster.