South Sound 911 is the result of collaborative problem-solving efforts between 911 centers and the community. In November 2011, residents of Pierce County voted for Proposition 1, which authorized a 0.1 percent sales tax increase to support public safety. With the community’s support, five1 911 centers consolidated under South Sound 911, and an integrated, reliable radio system is being built to provide better protection for first responders and safer communities. 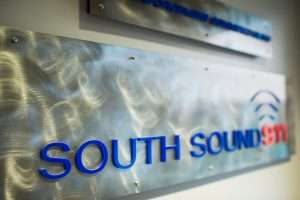 Today, South Sound 911 is recognized as an expert in building police and fire dispatch interoperability2. The agency is now operating two 911 centers in Pierce County; together they answer over 900,000 emergency and non-emergency calls annually for 19 law enforcement and 19 fire/EMS agencies. All 4,591 South Sound 911-funded new public safety radios are in use, and in 2021 the agency completed construction of its new state-of-the-art facility in Tacoma. There, South Sound 911 is consolidating all of its operations and administrative services under one roof.

South Sound 911’s governance was originally defined by its member agencies — Pierce County, the City of Tacoma, the City of Lakewood, West Pierce Fire & Rescue, the City of Fife, and the City of Puyallup — partnered in an interlocal agreement. However, as the agency grew and assumed more responsibilities, the stakeholders expressed a preference for a change in governance which better represented the regional agencies South Sound 911 supported.

In 2019, South Sound 911 became a Public Development Authority (PDA) in accordance with RCW 35.21.730-755 and is now governed by an 11-member Board of Directors to which the South Sound 911 executive director reports. All local government agencies contracting for the agency’s services are represented on the board, either directly or indirectly.

We will provide a modern, unified emergency communication and response system to protect and serve our communities and partner agencies.

We will collaborate with regional partners to protect lives, property and communities. We will enhance public safety by: 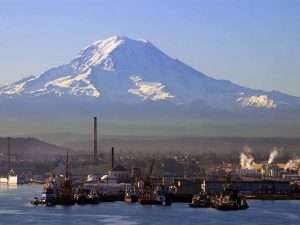 Our service area is geographically diverse and demanding. Pierce County is the second most populous county in Washington state and a hub of international travel and commerce – via the Port of Tacoma, the largest transportation corridor in the state (Interstate-5), Puget Sound, its proximity to the Canadian border, and its position as a Pacific Rim state. It is also a major part of the state’s military core with Joint Base Lewis-McChord located within the county. 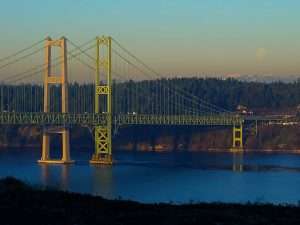 Pierce County’s other notable and unique sites include the Tacoma Narrows Bridge, one of the longest suspension bridges in the world; Chambers Bay Golf Course, home to the 2015 U.S. Open Championships; America’s Car Museum; Crystal Mountain Ski Resort; the Tacoma Dome, one of the largest wooden domed structures in the world; the Washington State Fair, one of the 10 largest fairs in North America; Point Defiance Park and the 600-acre Northwest Trek wildlife preserve.

2 See the May/June 2018 issue of PSC, the official magazine of the Association of Public-Safety Communication Officials (APCO).