** If you need emergency police, fire or medical aid, CALL 911. This page is for information only. **

South Sound 911 Communications employees are highly trained professionals who collectively work to support the answering of over 900,000 calls and 2,600 texts-to-911 each year and the dispatching of officers from 19 law enforcement agencies and firefighters from 17 fire agencies, 24 hours a day, seven days a week. (Visit the Police & Fire Agencies page for the partner agencies served by South Sound 911. 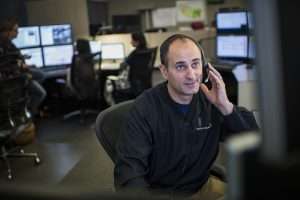 No doubt about it, from the call to the response, it is a well-oiled and modern public safety system utilizing computer-aided dispatch (CAD) to facilitate communications between the call taker, dispatcher, and responders, as well as through VHF, 700 MHz and 800 MHz radio.

State law requires that South Sound 911 keep recordings of 911 calls for 90 days. The public may request copies of specific 911 calls by submitting a Public Records Request, though currently South Sound 911 only provides these records for its partner law enforcement agencies. For copies of fire/EMS 911 audio or reports, please contact the relevant fire department directly.

Those who listen to public safety activity over a scanner sometimes ask, “Why is a robot dispatching for fire?” 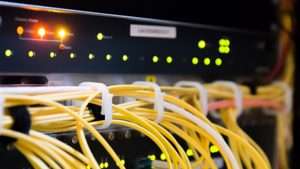 Fire station alerting is how the dispatcher tells the appropriate unit or department about the location and type of emergency. This allows a firefighter in the field or at the station to not have to be on “radio watch” listening to every call for the possibility that his/her specific unit or department is involved.

In recent history, fire station alerting has been called “toning,” referring to the audible tones generated by the dispatcher. These tones serve many purposes, the more familiar ones are activating speakers inside the station, turning on the overhead lights at night, and opening the fire station doors. In volunteer fire departments, the same tones activate a pager or portable radio to provide the appropriate alert notification to the correct staff members.

The fire station alerting system used by South Sound 911 allows for an automated dispatch message, and the selection and generation of tones is also an automated process. A computer-generated voice for call announcement standardizes volume, voice inflection, and accents. Overall, the automated system reduces the reliance on the primary fire dispatcher to select the appropriate tone and verbally announce the call for service.